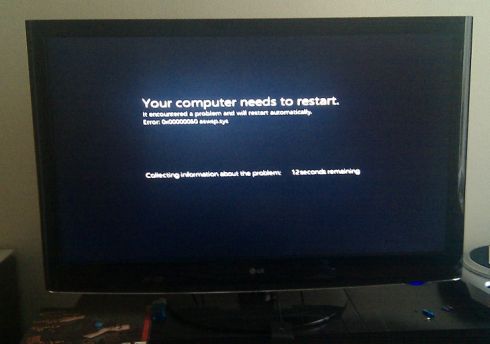 A poster at the MyDigitalLife forum has uploaded a photo of a computer running a leaked pre-release version of Windows 8. It’s not surprising that the system crashed as this is still pretty early software. What is surprising is that the color blue is nowhere in sight.

Of course, this doesn’t mean that Microsoft won’t add a little blue to the mix before shipping Windows 8 to the public. Pre-release versions of Windows 98 and Windows Vista both displayed red screens when the computer crashed.