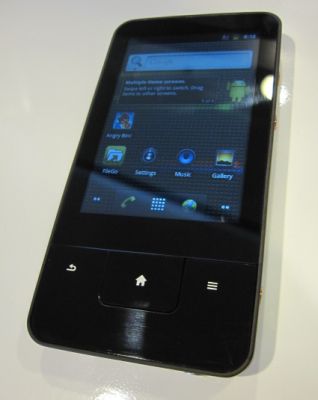 Philips is the latest company to throw its hat in the Android portable media player ring. CNET reports that the company will launch a Philips GoGear Connect device in September for about $179. The device will be sort of like an Android smartphone without cellular connectivity… or like an Android version of an iPod touch.

The media player will run Google Android 2.3, a 3.2 inch display, support for 720p HD video playback, and 8GB or more of storage space.

Philips is hardly the first company to take on the iPod touch with an Android device that can play music, videos, and third party apps. Samsung, Cowon, Archos, and Creative all have similar devices.