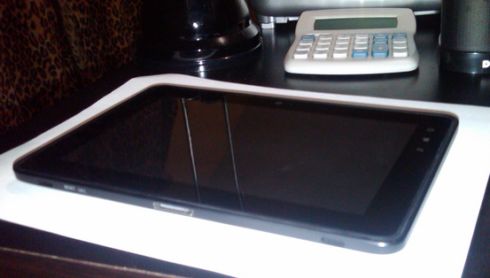 OGT Mobile is expected to launch a thin and light Android tablet soon. The company first showed a picture of the little guy in February, but now the folks at Android Central have posted a brief video and some actual specs.

Here’s what we know so far. The tablet will reportedly weigh just 1.2 pounds and measure just 7mm thick. That’s about 0.28 inches. The Apple iPad 2, by comparison, measures about 8.8mm or 0.34 inches thick.

The tablet will have a 1 GHz processor, 16GB to 32GB of storage, and front and rear cameras. The screen will have a pixel density of 188 ppi, which means it will be sharper than the Motorola XOOM or Apple iPad.

Unfortunately there’s still no word on which 1 GHz processor the tablet will have. There’s also no information about what version of Android it will run or how much the OGT Mobile tablet will cost.