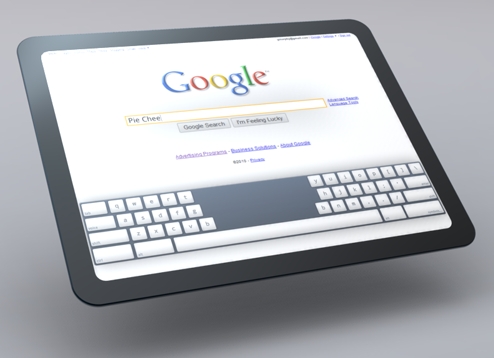 Google has been showing off mockups of tablets running the upcoming Chrome Operating System for ages, but the folks at CNET spotted a number of changes in the source code for the web browser-based operating system that show some real work is being done to optimize Chrome OS to run on tablets. Google continues to insist that the first Chrome OS devices scheduled to hit the streets this summer will be notebooks, but tablets might not be that far behind.

We recently saw a revised new tab page which is designed for touch controls. CNET reports there’s also a virtual keyboard in the works, support for screen rotation, support for touch-optimized web sites, and a new user agent string for touchscreens.

It’s still not entirely clear why Google is working on Chrome OS when the company already has a hit on its hands with the Android operating system for phones and tablets.

After all, Chrome OS is basically a web browser which runs web-based apps, and there’s no reason you couldn’t run that web browser just as easily from an Android environment (or Windows, Linux, or OS X) as from Chrome OS. And like Chrome OS, Android loads quickly, supports instant on/off and always connected capabilities, and stores much of your data online so it can be accessed from any device. The difference is that Android also supports native apps that run when you’re offline, making the OS much more versatile.