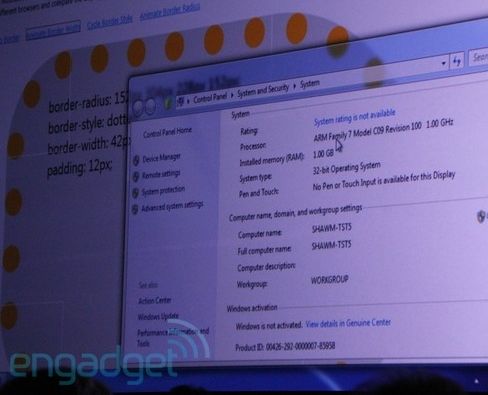 You know how the next version of Microsoft Windows is supposed to be able to run on ARM-based processors? It looks like Microsoft already has working builds of Windows on ARM, because when the company showed off the first preview version of Internet Explorer today, the folks at Engadget noticed that the demo computer had a 1 GHz ARM-based chip.

In other news… seriously, Microsoft just released the preview of IE10 less than a month after IE9 went final? Who do these people think they are, Google Chrome developers?

Internet Explorer 10 is designed to offer better support for HTML5 and other web standards including CS3, multi-column layouts, and more.

IE10 will likely be the default web browser in Windows 8, but the preview that’s available today has apparently only been under development for a few weeks, so it’s probably still pretty rough around the edges. You might not want to replace your default web browser just yet.

3 replies on “Microsoft releases Internet Explorer 10 preview, demos it on an ARM chip”