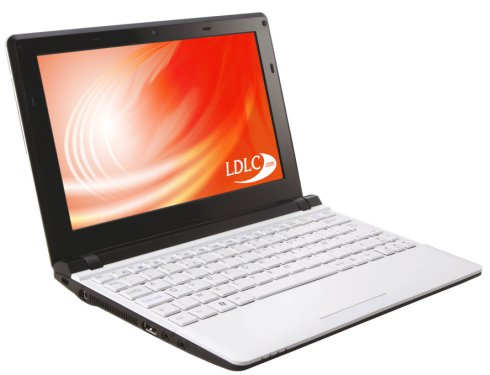 There was a time when it looked like the rise of low cost netbooks would finally lead to the rise of Linux as a consumer operating system. Then Microsoft slashed Windows prices for PC makers building netbooks and the rest is history. But there’s still a niche market for netbooks that ship with Linux, or with no operating system at all.

French retailer LDLC is getting in on the action with a netbook that ships without an operating system for about 260 Euros and up. It’s actually even cheaper if you forego the memory and hard drive.

We’ve following Joli OS and Jolicloud for the past few years, but this is one of the first times I can remember a PC distributor recommending the OS — unless you count the Jolibook from VYE computers, the only netbook I’m aware of to actually ship with Jolicloud preloaded.