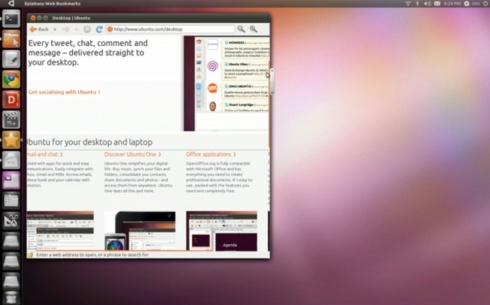 It seems like very few days I see an article proclaiming that netbooks are dead and tablets are holding the knife. The truth of the matter is that netbooks are still selling pretty well — low cost, low power notebook computers just not as exciting as they were a few years and bloggers and journalists like to talk about shiny new things… like tablets. One company that doesn’t seem ready to give up on netbooks yet is Canonical, the developers of the popular Ubuntu Linux operating system.

While Canonical is slowly killing off the Ubuntu Netbook Edition standalone software, that’s only because the company is optimizing the latest version of its operating system to run just as well on low power netbooks with small screens as on powerful desktop computers with 1080p or higher resolution displays.

PC World interviewed Canonical founder Mark Shuttleworth, who says that netbooks are still a growing business in global markets, leading to growing demand for Ubuntu software for netbooks. In fact, despite claims that there wouldn’t be a netbook edition of Ubuntu 11.04, the company did produce an Ubuntu Netbook Edition beta for ARM-based notebooks recently.

The ARM-based version of Ubuntu can be customized for use on tablets, but while Canonical continues to support netbooks the company has yet to produce a version of its software specifically designed for tablets.