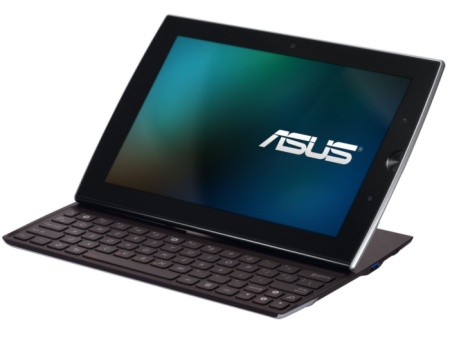 Asus is working on a tablet with an Intel Atom Z670 Oak Trail processor. The design and specifications haven’t yet been finalized, but one thing is clear: It’s not the Asus Eee Pad Slider, no matter what you may have read on Intel’s web site.

Last week Intel posted a product description for the Eee Pad Slider on its Oak Trail news page as well as several photos of the tablet. There it stood from Monday through the weekend before Intel removed the page. There’s just one problem: Asus doesn’t plan to use an Intel Atom Oak Trail chip in that tablet.

As announced at CES in January, the Eee Pad Slider will feature a 1 GHz NVIDIA Tegra 2 dual core processor and run Google Android 3.0 Honeycomb. Now I’ve received confirmation from Asus that there are currently no plans to change the processor in the Slider.

Notebook Italia heard that the tablet would receive a hardware update later this year, but is seems unlikely that Asus will swap out the ARM-based processor for an x86 chip from Intel.

The Eee Pad Slider features a 10.1 inch IPS capacitive touchscreen display and a physical keyboard which hides behind the screen. You can slide-out the keyboard to use the tablet in laptop mode.

While Asus hasn’t announced specs for its upcoming Oak Trail tablet, if I had to guess, I’d say it would run Windows 7 instead of Google Android.

One reply on “Asus is working on an Oak Trail tablet, but it’s not the Eee Pad Slider”