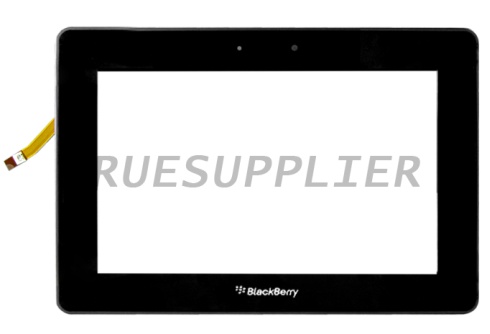 Research in Motion hasn’t announced an official launch date for the upcoming BlackBerry PlayBook tablet yet, but signs are pointing to a March 27th release. While you’re waiting to get your hands on the tablet though, you can pick up a spare touch screen digitizer or a complete touch screen with bezel for the tablet from True Supplier.

OEM components for the tablet are starting to show up, and while they’re probably aimed at companies that may need to service and repair the tablets once they hit the market, I imagine there may be a few hackers in need of these parts if they accidentally damage the PlayBook while trying to disassemble it and see what makes it tick in the first few days.

Of course, even if you have no interest in picking up a spare digitizer for $60 or a screen for $83, the act that it’s already available suggests that the tablet might not be too far behind.