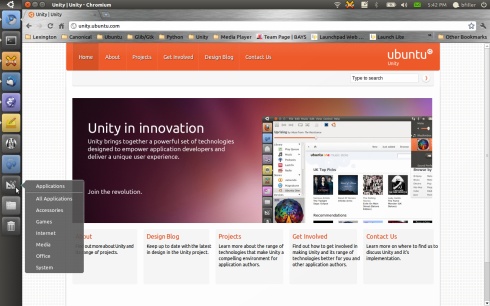 For the most part, Ubuntu Netbook Edition consists of two parts: a user interface optimized for low resolution displays, and some enhancements to speed up performance on computers with Intel Atom processors or other low power chips. The software isn’t really a separate operating system from Ubuntu – if an app can run on Ubuntu, it can run on the netbook edition. It’s just Ubuntu optimized for netbooks.

Canonical is changing the desktop shell in Ubuntu 11.04, and the company claims it will work just as well on a small screen netbook as on a large screen computer. As a result, you won’t have to decide between downloading the “netbook” or “desktop” edition of the operating system. You can just download “Ubuntu 11.04” when it becomes available next month.