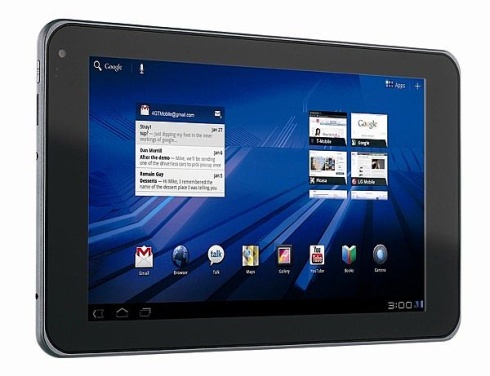 LG and T-Mobile haven’t officially announced pricing for the upcoming G-Slate, but retailer Mobile City has put up a product page showing a sale price of $699.99, marked down from a suggested retail price of $799.99.

The G-Slate features an 8.9 inch display, a 1 GHz NVIDIA Tegra 2 dual core processor and Android 3.0 Honeycomb. The tablet has an HSPA+ 4G mobile broadband modem and has an HDMI output for playing 1080p video on an external display. But the most distinctive feature of this tablet are the twin cameras on the back which allow you to shoot stereoscopic 3D video.

You’ll need to wear a special pair of glasses to view 3D content on the device, and it’s not clear if the glasses are included in the base price.

MobileCity is taking pre-orders for the G-Slate, but three’s no word on when the tablet will actually ship.