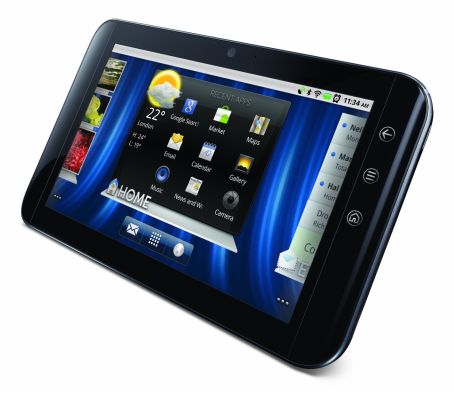 Amazon has begun taking pre-orders for a WiFi-only version of the Dell Streak 7 tablet. You can place an order now for $379.99

. There’s no word on when the tablet will actually ship though.

The Dell Streak 7 is an Android tablet with an NVIDIA Tegra 2 dual core processor. But it manages to set itself apart from the flood of new Tegra 2-based tablets hitting the streets this year in a couple of ways, some good and some not so good. First, it has a 7 inch display and a more portable design than the 10 inch Motorola XOOM, Toshiba Tablet, or Samsung Galaxy Tab 10.1. Unfortunately it also has a much lower screen resolution of 800 x 480 pixels.

Second, the Dell Streak 7 currently ships with Google Android 2.2 instead of Android 3.0 Honeycomb which has been optimized for tablets.

The good news is that at $380, the WiFi version of the Streak 7 is significantly cheaper than WiFi versions of competing tablets such a the XOOM. But it’s not exactly the cheapest Tegra 2-based tablet with Android 2.2. The StreamTV eLocity A7 tablet has similar specs, and it’s been available since last year. You can pick up the eLocity A7 for under $300

A 3G capable version of the Dell Streak 7 typically runs about $449, although you can get it for as little as $199.99 when you sign up for a 2-year mobile broadband service contract.