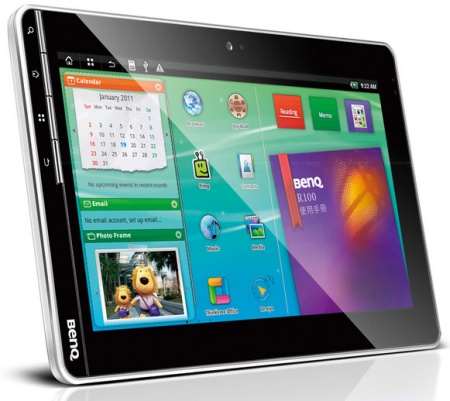 BenQ is probably best known in the US, for making computer monitors, but overseas the company has been offering netbooks and other computers for a while, and now BenQ is selling a 10 inch Android tablet in China. It’s called the BenQ R100 and it runs around $470.

Akihabara New reports the tablet has a 29.4Whr battery and weighs just under 1.6 pounds.

An early version of the tablet was first spotted last fall, but it looks like the company upgraded the processor before launching the BenQ R100.