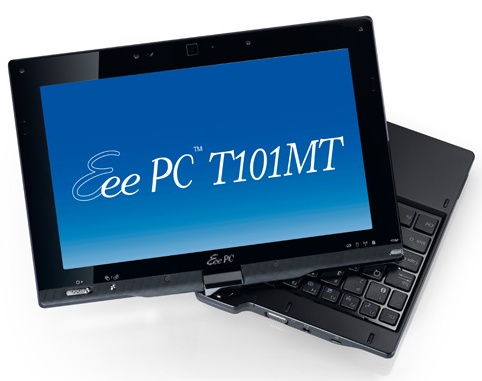 The rest of the specs are largely the same, with the laptop supporting up to 2GB of RAM, and 320GB of disk space. The convertible tablet will come with 4 and 6 cell battery options. The new model was unveiled at an event in Italy, where Asus says the computer will be available in mid-April for about 499 Euros.

Some retailers are already starting to show listings for the new model. Lamda-Tek is charging £451.93 (including VAT) for the Eee PC T101MT with an Atom N570 processor in the UK.