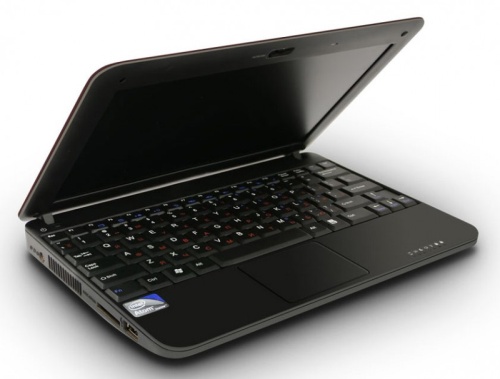 Want to pick up a netbook running MeeGo Linux and don’t want to go with the Fujitsu MH330? No problem. Russian PC maker iRU offers a MeeGo netbook called the iRU Intro 102.

The netbook has a 1.66 GHz Intel Atom N450 processor, GMA 3150 graphics, a 10.1 inch, 1024 x 600 pixel display, 1GB of RAM, a 160GB hard drive, WiFi, Bluetooth, an SD card slot, and weighs about 2.4 pounds. In virtually every respect, it’s pretty much the same as any other netbook released over the past year or two (and in fact, it bears a more than passing resemblance to an MSI Wind netbook.

The one big difference is that it ships with MeeGo instead of Windows 7.

While it’s unclear how much of a future there is for MeeGo’s netbook operating system, the iRU Intro 102 might make an attractive option for those that don’t want to pay for a Windows license they don’t expect to use. Unfortunately I have no idea if these netbooks will be released outside of Russia.