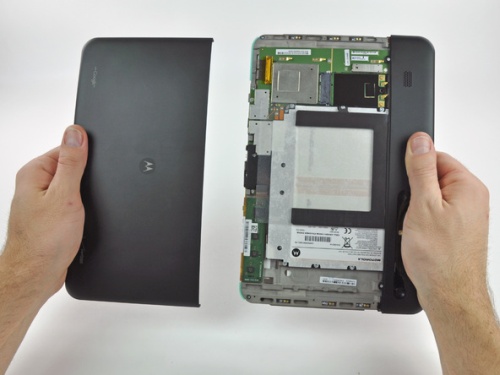 The Motorola XOOM Android tablet went on sale in the US yesterday. Since it started to hit the shelves, hackers have figured out how to unlock the bootloader to install custom software, enable root access, buy the tablet for , and oh yeah, take it apart to look at the insides.

The XOOM tablet is exciting because it’s the first device to ship with Google Android 3.0 Honeycomb — Google’s answer to the iPad operating system. It also has a speedy 1 GHz NVIDIA Tegra 2 dual core processor, 2 cameras, 1GB of RAM, and a bunch of other goodies including a barometer for some reason or other.

Here’s a roundup of some of the things people have been doing with the XOOM over the past 24 hours:

It looks like the tablet is pretty hackable both in terms of software and hardware.In addition to the fact that the tablet was rooted and the bootloader unlocked in just a matter of hours, the folks at iFixit found a mini PCI card which appears to be a placeholder for the 4G upgrade Verizon will offer users in a few months. I imagine some folks could find other interesting uses for that PCI slot.

Update: It looks like the coupon code was only meant to be used for accessories — but Motorola tells Droid Life that it will honor the discount for customers who already placed orders.

via Android Police and Android Community