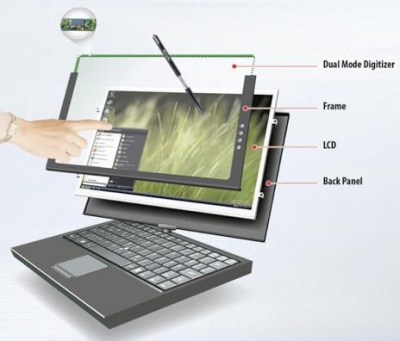 While Apple CEO Steve Jobs infamously said “if you see a stylus, they blew it” in response to tablets and smartphones, the stylus has had its die-hard loyalists for the past decade or so. It’s true that it makes a lot more sense to interact with iOS and Android user interfaces using your fingertips — and most of us have our fingers with us all the time, while a stylus is easy to misplace. But some actions require precise input that’s hard to accomplish with a fingertip. If you’ve ever tried drawing or writing handwritten notes with a finger on an iPhone, you’ll note that it’s possible — but not as easy as using pen and paper — or a good stylus.

But not all styli are created equal. True fans of the form factor prefer active digitizers which allow a stylus and a display to speak to each other electronically, allowing pressure-sensitive input and palm rejection so that you can rest your hand on a tablet screen and write or draw to your heart’s content just as you would with a piece of paper.

Cheaper solutions such as resistive touchscreens work with virtually any pointed object, but you may have to press down harder on the screen and rely on often buggy palm rejection software to get halfway decent results.

Most capacitive touchscreens don’t work with a standard stylus, but there are some capacitive styli that make fine input a bit easier on a device like an iPad or the Asus Eee Pad MeMo.

But some companies are taking a hybrid approach, bundling a finger-friendly capacitive touchscreen with an active digitizer to allow precise input using a stylus. The HP Slate 500 Windows tablet takes this approach. And so does the HTC Flyer Android tablet which was introduced this week. Engadget has a great hands-on video showing how HTC has developed software to run on top of Android enabling stylus support throughout the operating system.

The company that developed the digitizer used in the HTC Flyer is N-Trig, and Engadget reports that N-Trig says it’s not the only Android tablet coming out this year with N-Trig technology. He says there will be 7, 9.7 and 10 inch slates coming out from other companies this year as well — and while he won’t name names, he’s kind of in a position to know.

Unfortunately what we’re seeing here is supply rather than demand. It’s possible that HTC, HP, and others developed their stylus-friendly tablets specifically because they were hearing from potential customers that demanded this feature. But it’s also possible that in an increasingly crowded tablet marketplace, they were just looking for any way to make their products stand out — even if that meant adding a feature that’s already been around for a decade, but which Steve Jobs seems to think is useless.

16 replies on “Could stylus input for tablets be making a comeback?”