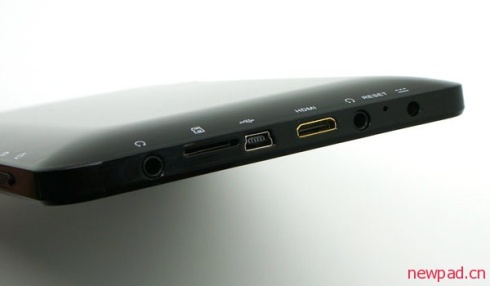 It’s tough to make an Android tablet stand out these days. It’s hard to compete on sheer horsepower, build quality, or price. So the folks at Shenzhen DNT have taken a completely different approach by building a cheap Android tablet with two headphone jacks.

The tablet also has a Telechips TCC8902 chip that’s been overclocked to run at 1 GHz (instead of the usual 720 MHz). It has an 800 x 480 pixel resistive multitouch display, 256MB of RAM, and runs Google Android 2.2. There’s a micro SD card slot, USB port, and HDMI port on the back… and two headphone jacks, which I suppose can come in handy if you want to watch a movie with a friend on an airplane.

Shanzai.com reports the tablet will run about $140, although it’s not clear if it will be made available outside of China.