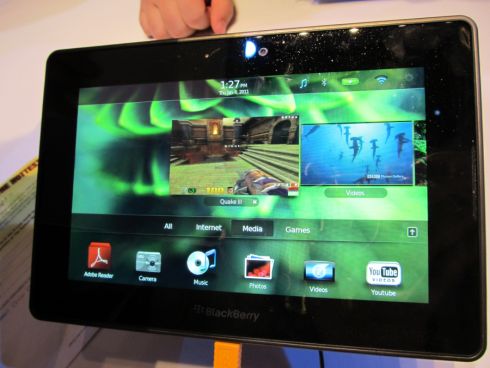 Research in Motion has announced it will offer two more 4G capable versions of the BlackBerry PlayBook tablet. That means the PlayBook will now come in at least four versions:

Interestingly, the company hasn’t announced any 3G capable versions of the tablet. Most major US wireless carriers are expected to have 4G networks up and running this year, so I suppose the point might be moot. But the LTE and HSPA+ models won’t be available until the second half of the year, so it looks like WiFi-only or WiMAX are the way to go if you want to get in on the PlayBook action as soon as possible.

Engadget reports that RIM is hoping to sell the tablet unsubsidized tablet for under $500, with carrier subsidies potentially dropping the up-front price even lower.