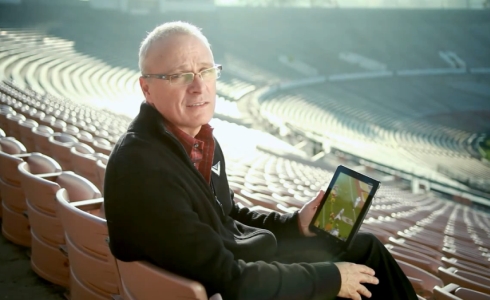 Vizio is known for making televisions and monitors, not computers. But during a Rose Bowl commercial the company showed off a device that looks like 7 to 10 inch tablet. There are no details other than the fact that it’s capable of playing video — which is true of pretty much any modern tablet.

The device appears to have three buttons below the screen which likely means it will run either Google Android or possibly Windows Phone 7 — although I wouldn’t hold my breath waiting for a WP7 tablet (or an innovative product) from Vizio.

You can check out the commercial after the break.