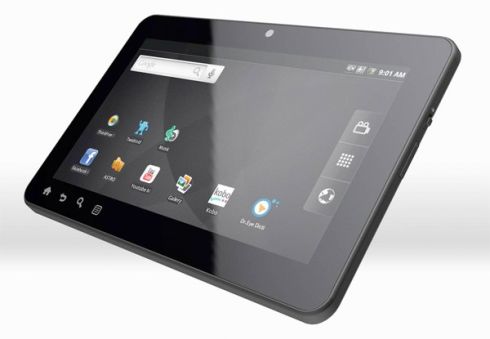 The folks at Velocity Micro already have a couple Android tablets under their hat, but the company has decided not to stop with the Cruz Reader and Cruz Tablets T301 and T103. This week Velocity Micro announced three new tablets, with screen sizes ranging from 7 to 10 inches.

Next up is the Cruz Tablet P38, which has an 8 inch, 1024 x 768 pixel screen. The rest of the specs are pretty much the same as those for its little brother except the P38 has a full sized HDMI port.

All three tablets will run Google Android 2.2 or 2.3 and ship with the Amazon Kindle app preloaded.