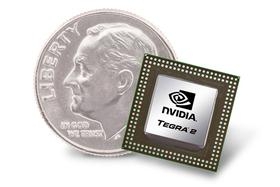 Qualcomm Snapdragon, Samsung Hummingbird, TI OMAP, NVIDIA Tegra… you see these names a lot these days, as they’re the chips powering the newest, most powerful Android smartphones and upcoming tablets. But while most of these chips run at clock speeds between 800 MHz and 1.2 GHz, we’ve moved far past the point where you can judge a chip simply by its clock speed.

Fortunately the folks at Tested have put together a handy guide that helps you figure out how these chips differ from one another.

No, the guide doesn’t tell you which chip is “best,” because that’s an awfully difficult question to answer. But it does provide some details about caching capabilities, power consumption and graphics performance. It also explains why a G2 phone with a new 800 MHz Snapdragon chip can perform so much better than my aging Google Nexus One with a 1GHz chip.

The list isn’t comprehensive. There’s no mention of chips from Freescale or Rockchip, for instance. But if you’ve been scratching your head wondering how the chips powering the upcoming BlackBerry PlayBook and Asus MeMo are going to differ from the chip in the Notion Ink Adam tablet or Motorola XOOM, you should check out Tested’s comparison.