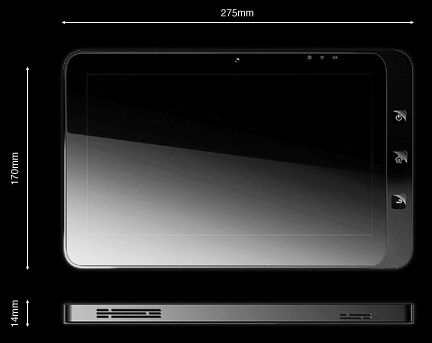 Are dual-boot Windows and Android tablets not enough for you? Then you might want to check out the Evolve III Maestro tablet, which lets you choose between three operating systems at boot.

The Maestro can handle Windows 7, Google Android, and MeeGo Linux. The upcoming tablet has an Intel Atom N475 CPU (although a dual core Oak Trail update may be in the works), 2GB of RAM, and a 32GB solid state disk. It has a 10 inch display, WiFi, and 3G and weighs 1.8 pounds.

The MeeGo operating system is particularly interesting, since the company has spent some time tweaking the OS with home screen widgets and a custom, finger-friendly program launcher.

The tablet is due out during Q2, 2011. There’s no word on pricing or which version of Android it will run at launch.

You can check out a hands-on video below, courtesy of Geek.com, and a second video looking at the MeeGo UI, thanks to MyNokiaBlog.