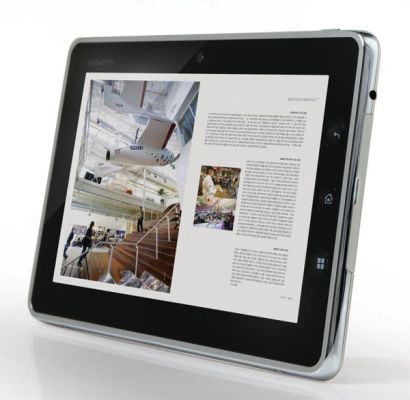 Dynamism has announced it will begin taking pre-orders for the Enspert E201 Android tablet on February 1st, with delivery expected to start a few weeks later.

The Enspert E301 is one of the more interesting tablets I saw at CES this year thanks to its nice build quality and high resolution 7 inch, 1024 x 600 pixel display. Unfortunately that’s not the version Dynamism is bringing to the US. Instead we’ll get the Enspert E201, which has a 7 inch 800 x 480 pixel display.

That said, the tablet  has a few things going for it, including a capacitive touchscreen, a 1 GHz Samsung Hummingbird processor, front and rear-facing cameras, and runs Google Android 2.2. Perhaps most importantly, it’s certified for Google Mobile Services including the Android Market and official Gmail app. The tablet also has an HDMI port for displaying HD video on an external display.

Dynamism says its first shipment will arrive on February 15th, with customer delivery scheduled after that. The tablet will sell in the US for $349.