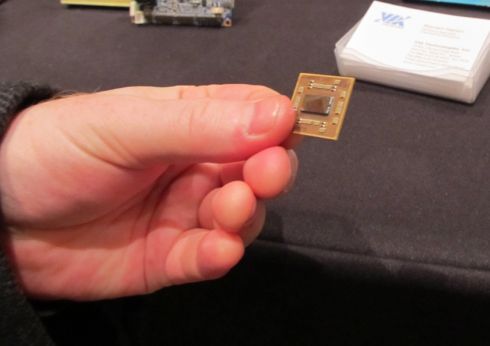 VIA launched its new dual core Nano X2 chip this week, and I got a chance to do a brief photo shoot with one of the 40nm little guys last night. Sure, it’s not much to look at, but that little chip is a 1.4 GHz dual core, 64-bit processor which is pin-to-pin compatible with VIA’s single core Nano, C7, and Eden chips. That means hardware makers can upgrade to the new chip with minimal effort by dropping the Nano X2 into existing motherboards.

The company is providing samples to hardware partners, and we could start to see computers using the chip later this quarter or early in the second quarter of 2010.

Unfortunately, odds are that the Nano will show up primarily in China and other countries where PC makers are already using Nano chips. Over the past few years, very few companies have offered Nano-powered computers in the US. Off the top of my head, the only US models I can think of are the Samsunc NC20 and Lenovo IdeaPad S12. HP also offered a Mini 2133 netbook with a VIA C7 chip a few years ago, but that’s the last time that company produced a consumer system with a VIA processor.

Still, there’s a chance that now that VIA is catching up to the competition with a new dual core chip, the company may be able to convince some Western companies to give the X2 a try. 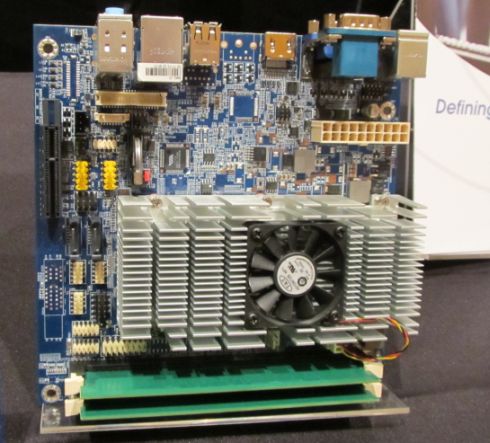 VIA also showed off a new Mini-ITX motherboard designed for the X2. It features a VIA VC900 media system processor, with VIA Chrome9 graphics, HDMI and VGA output, and support for up to 4GB of DDR3 memory.