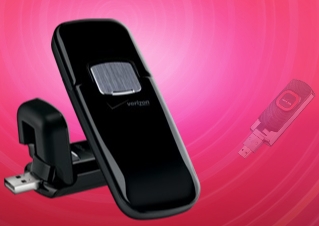 After what seems like an eternity of planning, Verizon is preparing to launch its 4G network on Sunday. At launch, Verizon’s LTE service will be available in 38 US markets. Prices will run $50 per month for 5GB of data, or $80 per month for 10GB, with additional data running $10 per GB.

Verizon is hardly the first company to build a 4G network in the US, but while CLEAR, Sprint, and a number of cable companies including Comcast and Time Warner are using a WiMAX network, Verizon is using competing LTE technology. T-Mobile is just slapping the 4G name on its HSPA+ network, because it offers similar speeds, even though it’s based on older tech.

On the other hand, CLEAR and its partners tend to offer unlimited data plans with no bandwidth caps, while Verizon apparently will not.

Verizon will begin selling two different 4G USB modems which you can use to get a laptop or other computer online this weekend. The modems will run $99 after rebates, and can switch between 3G and 4G networks depending on your location.

It doesn’t look like Verizon will be offering any 4G capable phones this weekend, but I suspect we’ll start seeing LTE-enabled smartphones before too long.

Update: It looks like there will also be a contract-free, month to month plan available, but you’ll have to pay $250 for the modems to get that plan.

2 replies on “Verizon to launch LTE 4G service this weekend”