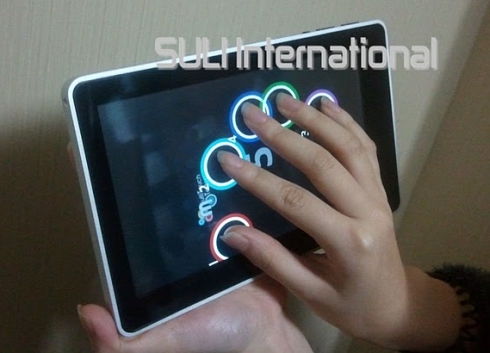 We’ve seen a lot of cheap Android tablets come out of Taiwan and China over the past year, but most are burdened with low power processors and cheap plastic resistive touchscreen displays. Charbax at ARMDevices got a chance to check  out an upcoming tablet called the Suli SL-7 that will sell for around $250 and which comes with a capacitive glass screen.

The SL-7 also has a 600MHz Rockchip RK2818 CPU, which still isn’t exactly a speed demon, but it should provide better performance than the Rockchip RK2808 which was all the rage a few months ago.

The tablet can handle 720p HD video in MP4 and RMV formats, and in the demo video after the break you can see that it also supports as many as 5 simultaneous touch inputs at once — although there seems to be a bit of lag between the time when the user moves their hand and when the screen reacts. It’s not clear from the video whether that’s a hardware or software issue.

You can find more details and photos at ARMDevices.net.