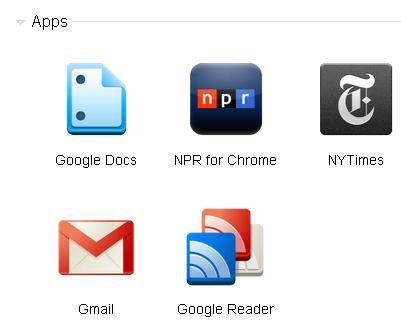 During yesterday’s Google Chrome event, Google pointed out that while Chrome OS is designed to run web apps instead of native apps installed on your hard drive, that doesn’t mean a Chrome OS notebook will turn into a useless clump of plastic the moment you step on an airplane or another location where you don’t have internet access. That’s because some web apps will be able to run, even when you’re offline.

One of those apps is Google Docs, the company’s online office suite. But here’s the interesting thing: there’s currently no support for offline access to Google Docs.

You used to be able to edit documents offline, using a technology called Google Gears… which Google pretty much stopped supporting a while back. But right now there’s no way to read or edit documents stored in your Google Docs account without an internet connection — despite the fact that Google highlighted Docs as an example of an app that will support offline access at yesterday’s event.

It turns out that while Google Docs currently doesn’t work offline, the developers plan to add that capability early next year. Instead of using Google Gears, the web app will be able to go offline using HTML5 and other new technology.

I’m curious to see exactly how this service will work. Will you be able to download a document before hitting the road to work on it offline? Or will Chrome OS automatically download all of your documents so that you can search for documents, create and edit spreadsheets, view presentations, and get a fair amount of work done during your 5 hour cross-country flight?

It’s likely that people interested in Chrome OS notebooks aren’t really looking for devices with a lot of offline capabilities. The operating system and notebooks designed to run it are clearly aimed at users who are online whenever they’re using a computer. But I’m looking forward to discovering just how useful (or useless) this model is when there’s no way to get online.

That said, I have noticed that some developers are taking the idea of web apps very seriously. If you look through Google’s Web App Store today, you’ll find an awful lot of bookmarks to existing web services. But you’ll also find some truly interesting web applications built from the ground up to feel different from a typical web site, including the New York Times and NPR news apps.