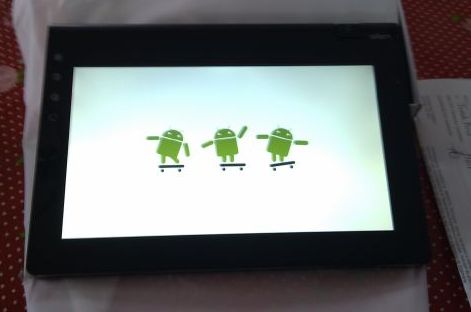 Notion Ink isn’t expected to begin delivering Adam tablets to customers until next month at the earliest. But a Dutch developer received an early unit to help him work on apps for the platform, and he’s posted the first real-world unboxing photos to hit the web.

The Adam tablet features a 10 inch display, NVIDIA Tegra 2 processor, and Google Android 2 operating system. Some models will be available with a low power transflective Pixel Qi display which is viewable both in direct sunlight and indoors. There’s also a 3G option. All told, the Adam tablet has some of the best specs of any Android tablet around, which has led to quite a bit of pre-launch buzz, although the company also had a bit of turbulence with its pre-launch event, with some folks even wondering if the whole thing was a scam.

While a few unboxing shots might not put everyone’s suspicions to rest, it’s nice to see something aside from the videos put together by the Notion Ink team to confirm that the Adam tablet may be real and ready to ship soon.