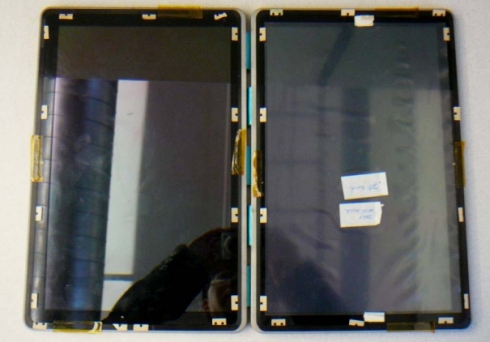 While everybody and their kid brother are busy pumping out cheap consumer-oriented tablets, the folks at Kno are taking a different approach and focusing on the education market with a high resolution 14 inch tablet. Oh yeah, and there are both single screen and dual screen versions coming.

Kno recently unveiled pricing for the tablets and promised they would begin shipping in the US in limited quantities by December 20th. It looks like the company is on track to meet that goal, with both the single and dual screen variants hitting the FCC web site yesterday.

The dual screen Kno will run $899 and up, while a single screen version will start at $599. Both versions will have NVIDIA Tegra 2 processors and 14.1 inch, 1400 x 900 pixel IPS displays. The computer runs a custom version of Linux with a heavy focus on education-based apps including an eBook app that lets you read and take notes on digital textbooks.

The dual screen model weighs in at a hefty 5.5 pounds, which makes it heavy for a modern tablet, but light compared with a backpack full of textbooks.

The user manual is also available from the FCC web site, but aside from pearls of wisdom such as “Do not use the Kno in the rain” and “To charge the Kno, use only the Kno Power Adapter,” there’s not a lot of new information in the manual.