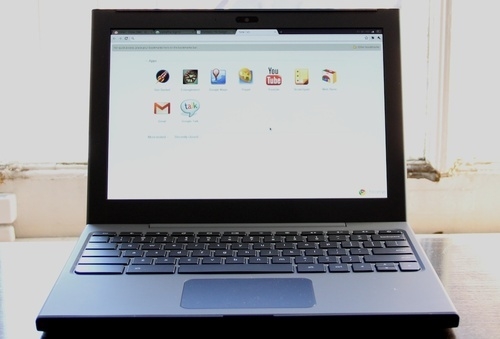 The first Cr-48 Google Chrome notebooks began arriving today, and while by all accounts the hardware is well designed and the operating system is simple to use and fast to boot, there’s one glaring problem: Adobe Flash support seems to stink at the moment.

Like the latest versions of the Google Chrome web browser, Chrome OS comes with Adobe Flash baked in. That’s good, because it means that you can watch videos and play Flash games right out of the box.

But while Adobe Flash Player 10.1 provides a decent viewing experience on most Windows and OS X notebooks, users are reporting that they can’t reliably view YouTube videos with resolutions higher than 480p, and the consensus seems to be that Hulu video is watchable, but just barely.

Adobe is aware of the issue, and says that “Flash Player 10.1 support remains a work in progress,” and promises that engineers are working with Google to improve video performance. Hopefully the kinks will be worked out by the time Chrome OS notebooks are available for purchase in 2011. The Cr-48, after all, is primarily a testing device, so it’s not surprising that there are still some kinks to work out.

HTML5-based video and web apps, on the other hand, apparently work quite nicely on the notebook.

It’s also probably worth noting that while I’ve found that Adobe Flash plays well with most Intel Atom-powered notebooks I’ve used over the past few years, it often seems to struggle with full-screen mode on higher resolution displays. Give me a netbook with a 1.6GHz Atom processor and a 1024 x 600 pixel display and most videos will look great in full screen mode. But high quality Flash video tends to look choppy on machines with Atom chips and 1366 x 768 pixel displays unless you have some sort of graphics acceleration hardware.

5 replies on “Flash video stinks on Google Cr-48 notebooks, Adobe’s working on it”