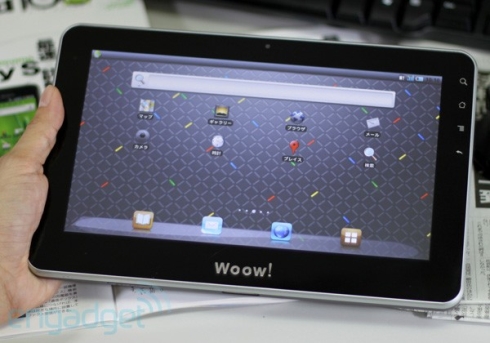 A company going by the name of Woow Digital is reportedly planning to launch a 10 inch Android tablet in December. According to Engadget, the tablet will have a dual core NVIDIA Tegra 2 processor, 1GB of RAM, and 16GB of storage. Oh yeah, and it will run Google ANdroid 2.3 Gingerbread… once Google gets around to releasing the operating system.

The tablet, which goes humbly by the name “The One,” will have a 1024 x 600 pixel touchcreen display, Bluetooth, WiFi, and WCDMA 3G wireless capabilities. It’s set for launch in Japan for about $500 before the end of the year. It will also be made available in other regions including Hong Kong, Taiwan, and Europe.