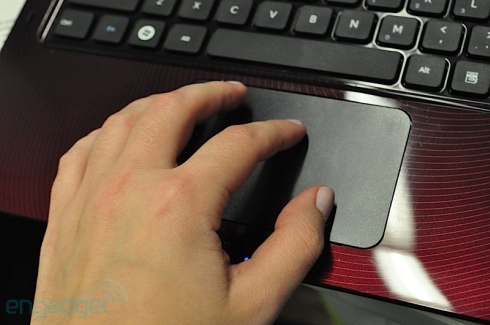 Over the past year or so we’ve seen a growing trend of laptop makers eliminating touchpad buttons and instead using touchpads with integrated clicking, also known as ClickPads. While Apple has demonstrated that these ClickPads can actually be pretty useful tools, most of the Windows notebooks I’ve tried with ClickPads are plagued with problems: the cursor jumps when you accidentally rest a finger on the pad, you zoom in when you mean to scroll, and so on.

Now it looks like touchpad and ClickPad maker Synaptics may have the solution. Engadget’s Joanna Stern took one of the company’s upcoming ClickPad IS Series 3 devices for a spin, and she reports that the user experience is much better.

The new ClickPad features a new type of sensor technology which is similar to what you get on a MacBook touchpad. It does a better job of recognizing gestures while rejecting accidental swipes. The technology is still in the prototype phases at this point, but we could start to see Windows laptops next year with these touchpads.

Personally I don’t have a problem with a good old fashioned touchpad with two buttons below it, but I can certainly see how these integrated ClickPads will provide your fingers with more space for performing multitouch gestures.