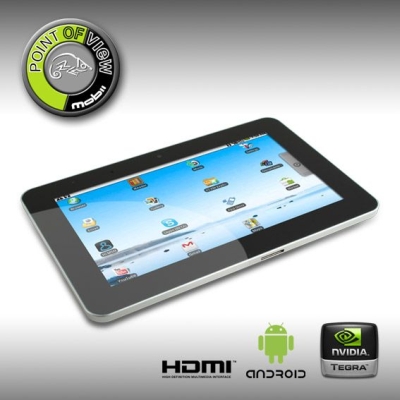 Point of View is a company that’s best known for graphics cards, but we’ve also seen a few interesting netbooks and notebooks from the company over the past few years including one of the first dual core netbooks to hit the market. Now Point of View is getting in on the tablet action with the Mobii Tegra Tablet.

As you could probably guess from the name, the Tegra tablet will have a 1GHz dual core NVIDIA Tegra 250 processor. It will also feature a 10.1 inch, 1024 x 600 pixel capacitive touchscreen display, 512MB of RAM and 512MB of storage, HDMI output, stereo speakers, a headphone jack, and a 1.3MP camera.

There’s no official word on pricing, but the tablet is expected to ship before the end of the year.