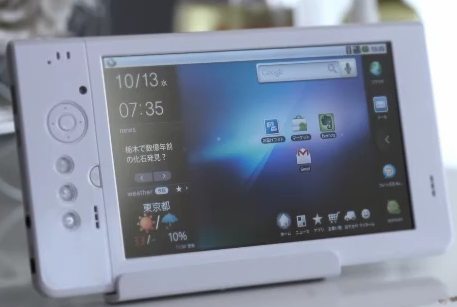 NEC has been showing off a 7 inch Android tablet called the LifeTouch cloud communicator in Japan for a few months. The machine has an 800 x 480 pixel display, a 600MHz ARM Cortex A8 processor, 1GB o fstorage, 384MB of RAM, 802.11b/g WiFi, GPS, Bluetooth, a G-sensor, light sensor, and 3mP camera. It runs Android 2.1.

The only catch? The NEC LifeTouch is aimed at enterprise users. But now Netbook News reports that NEC seems to be offering a consumer version of the tablet.

The new model is called the NEC Smartia, and aside from the new name, it looks virtually identical to the LifeTouch.

The tablet will sell for about 42,800 yen in Japan starting on December 6th. No word on international availability.

One reply on “NEC Smartia: Consumer version of the LifeTouch Android tablet”