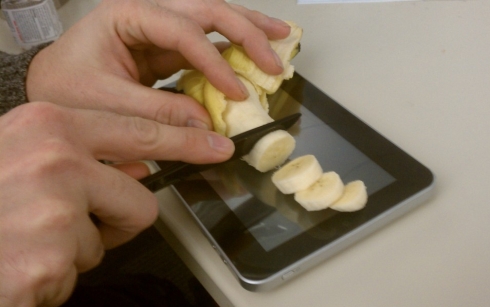 A few weeks ago Walgreens started selling a $100 tablet called the Maylong M-150. While some users have figured out how to do a little hacking, install custom ROMs, and make other modifications, it turns out that the out-of-the-box user experience is pretty awful. At least that’s the gist of a review from Ars Technica.

Now clearly, nobody expects a $100 tablet to rival the $500 Apple iPad. But Ars reports that this little guy was so laggy that you often can’t tell if it registered a click — which makes inputting text a pain in the behind. While you can surf the web with WiFi on, it’s apparently difficult to get third party apps like the Amazon Kindle app to detect an internet connection.

And Ars says the tablet only gets about an hour of run time on a charge if you’re actually, you know, using it. If you just throw it in your bag and don’t actually turn on the screen, you might get as much as three hours of standby time before a fully charged battery dies. Classy.

While the tablet doesn’t sound like it would be much fun to use for surfing the web, playing games, or reading eBooks, the folks at Best Buy did find a few uses for the Maylong M-150. You can see one of them at the top of this post. Other uses include: doorstop, coaster, frisbee, and mouse pad.

4 replies on “Maylong M-150 tablet reviewed, found to have limited use (as a computer)”