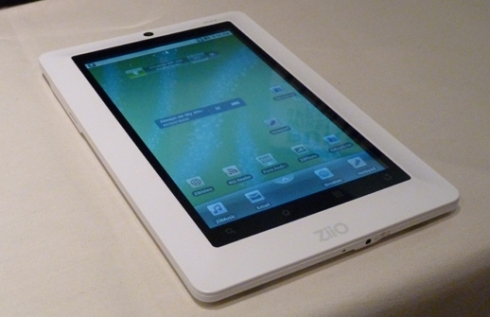 The folks at Electric Pig managed to get a little hands-on time with one of those new Creative ZiiO  tablets I told you about yesterday.

Electric Pig reports that the restive touchscreen is quite responsive, which should quell some folks who instantly claim that all resistive displays are inferior to capacitive screens.

Unfortunately, Electric Pig also confirms that the tablet ships without access to the Android Market, which will make downloading and installing third party apps much more difficult on the Creative ZiiO tablets than on competing devices from Samsung, Dell, and a few other manufacturers — at least until someone hacks together a way to get the Android Market working on these tablets. For now, Creative ZiiO 7 and 10 inch tablets are essentially media players with web browsers.