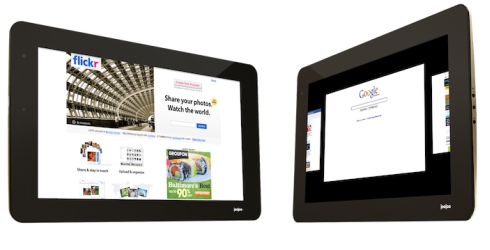 We already knew that Fusion Garage was planning to launch new tablets next year, likely running the Google Android operating system. But now e27 reports that the company’s first (and poorly received) tablet has reached the end of life.

Fusion Garage founder Chandrashekar Rathakrishnan says that the Joojoo tablet didn’t meet the company’s sales expectations. He speculates the problem may be that there wasn’t as much demand as anticipated for a tablet designed only to surf the web and run web apps. Of course, it’s also possible that part of the problem was that the Joojoo tablet didn’t really even do those things well… but either way, switching to a Google Android operating system could solve the problem since Fusion Garage won’t have to build the software and user experience from the ground up.

Rathakrishnan apparently refutes reports that Fusion Garage only sold about 90 Joojoo tablets. He tells e27 that while the US launch was pretty much a failure, the tablet did better in Europe and Asia.