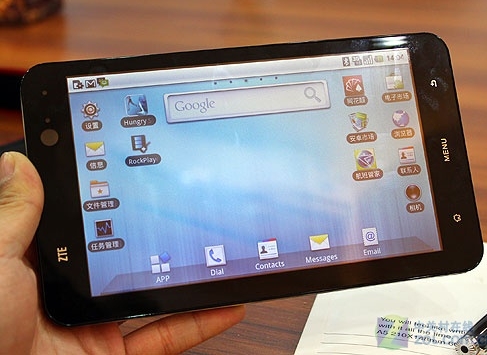 The ZTE V9 is a 7 inch Google Android tablet with 3G capabilities. The tablet runs Google Android 2.1, features GPS, WiFi, and a 3MP camera. According to specs obtained by Zol, not only will the tablet be able to surf the web over 3G, but it will also be able to function as a mobile WiFi hotspot — assuming your carrier enables that feature.

ZTE is a Chinese company and it’s doubtful that we’ll see the tablet released under the ZTE brand name. But I wouldn’t be surprised to see a Western company or two rebrand the device. The hardware looks pretty solid, although there only appear to be buttons for Home, Menu, and Back. Most Android devices also have a dedicated Search button.

via Cloned in China, Android Community, and Chinitech