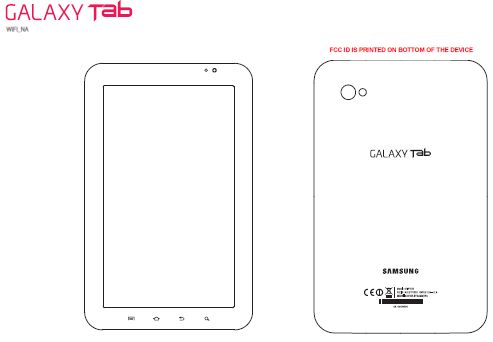 Best Buy has already announced plans to sell a version of the Samsung Galaxy Tab Android tablet soon with WiFi connectivity and without a 3G modem. Now it looks like we’re one step closer to getting our hands on the WiFi-only version of the tablet in the US, with the tablet stopping by the FCC web site for a visit.

The Samsung Galaxy Tab GT-P1010 is basically the same device as the more expensive 3G enabled version. Both feature 1GHz Samsung Hummingbird processors, Android 2.2, and 7 inch, 1024 x 600 pixel displays. But there’s a chance 3G might not be the only thing missing. I’ve been seeing rumors sugsesting this model may also lack a GPS receiver.

via Android Community, intoMobile, and SamsungHub