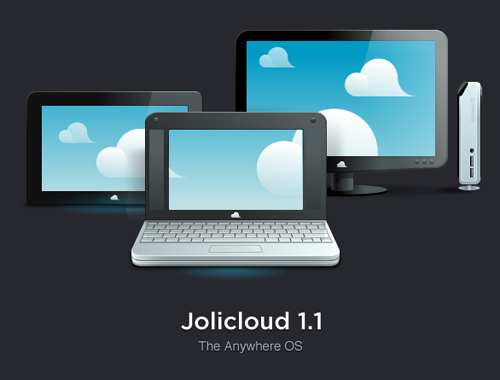 The folks at Jolicloud have posted a summary of the features and improvements of their upcoming 1.1 update, which will soon be available for users to tests.  We already knew that Jolicloud 1.1 would be the first version of this Linux-based operating system designed to run on desktops as well as netbooks. But there are many other changes as well.

Jolicloud 1.1 should automatically detect whether you’re using a newer Atom chip and use an optimized kernel. Otherwise it will use the standard Linux kernel. The update should also bring improved support for touchscreen devices.

While Jolicloud focuses on blurring the lines between traditional apps and cloud based web apps by making it just as easy to “install” an icon for Twitter or Gmail, as Firefox or the VLC media player.  The operating system is based on Ubuntu, with Jolicloud 1.1 re-synced to 10.04 for base packages, and can thus run many Linux apps.  But this release will eventually also include select patches from Ubuntu 10.10 for updated support.