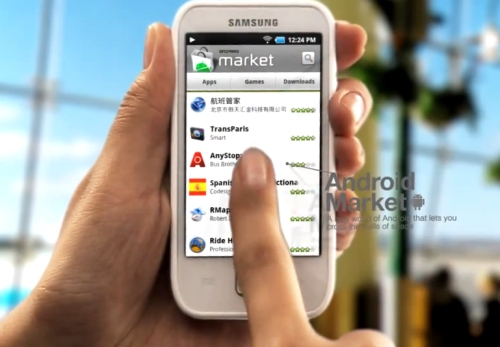 The Samsung Galaxy Player 50 is basically an Android phone without the phone… in other words, it’s the closest thing you’ll find to an iPod touch for Android. It can run Android apps, handle music, movies, and other media, and do just about anything you can do with a Samsung Galaxy S smartphone… except make phone calls (unless you install Skype or another VoIP app).

The Galaxy Player 50 isn’t available in the US yet, but apparently you can pre-order one in France for 199 Euros and up. Now there’s also a pretty slick promotional video showing off some of what the Galaxy Player can do, including:

The video also shows the Galaxy Player using the Android Market — although the video kind of skims past the whole downloading apps aspect, instead simply launching an app from the Market. Still, if the Galaxy Player 50 really has full Android Market access, it would be one of the few Android devices without a cellular data connection that’s capable of downloading apps from the Market.

12 replies on “Samsung Galaxy Player set to give the iPod touch a run for its money.”