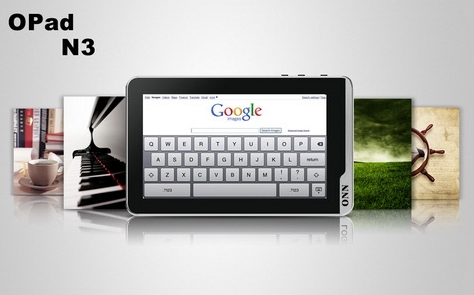 It seems like just a few days ago that we spotted the new OPad N2 tablet from Chinese device maker ONN… probably because it was. Now the folks at imp3 have details on yet another Android tablet from the company, called the OPad N3.

Like the N2, the OPad N3 features a 7 inch, 800 x 480 pixel display. But while the N2 has a resistive touchscreen, the N3’s screen is capacitive, meaning it will be much more responsive to fingertip input.

The OPad N3 also has a faster 1GHz Rockchip RK2818 ARM-based processor. The tablet features WiFi and a EVDO 3G mobile broadband capabilities, and has a SIM card slot. I also think it’s a bit more attractive than the N2, but it’s hard to really tell when you’ve only got some rendered images to go by.

One reply on “ONN launches the OPad N3 Android tablet”