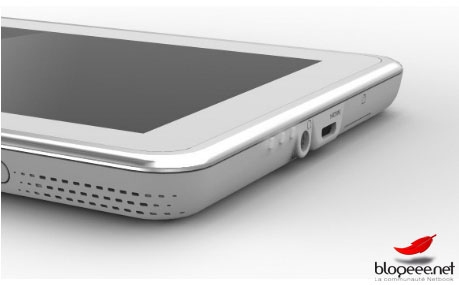 Sure, MSI was showing off Google Android powered tablets along with the best of them at CES in January, 2010. But the prototypes didn’t exactly work all that well, and the company has repeatedly postponed plans to actually launch the tablet. Now it looks like you might have to wait until March, 2011 to get your hands on the MSI Wind Pad.

Digitimes reports that the company is waiting until after Google Android 3.0 is launched to release the 10 inch Wind Pad tablet. It will likely have USB and HDMI portsand cost less than $500. MSI will likely show off a demo at CES in January.

French site Blogeee obtained some new rendered images of an MSI Wind tablet a few days ago, although it’s not clear if they represent the final design.

Meanwhile, it looks like MSI is still debating whether to launch a 10 inch tablet with an Intel processor and Windows 7 operating system.

DigiTimes also reports that MSI will introduce its first netbook with a dual core processor in November. I suspect this is the updated version of the MSI Wind U160 with an Intel Atom N550 processor that we heard about last month.