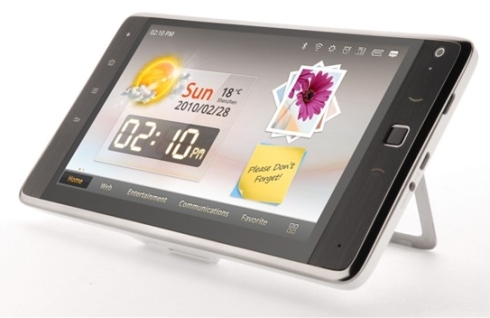 The Samsung Galaxy Tab isn’t the only 7 inch Google Android tablet coming to Best Buy this fall. The retailer announced yesterday that it would start taking pre-orders for the Huawei S7 as well as the Sprint and Verizon versions of the Samsung Galaxy Tab. Even better, the S7 will run about half the price of the Galaxy Tab, at just $299.

The tablet has a 2200mAh battery, microSD card slot and USB port. It’s one of only a handful of 7 inch tablets available right now with full access to the Google Android Market.

While a 3G capable version of the S7 is available for pre-order from Expansys for $359, the Best Buy model is WiFi-only.

Update The Best Buy pre-order page is up, with a list price of $299.99 and estimates ship dates around November 7th.