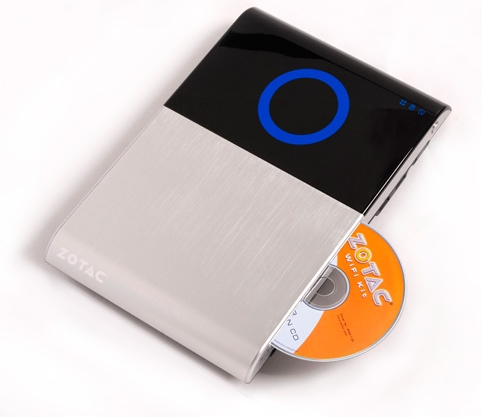 Nettops are by definition tiny desktop computers with low power processors. But that doesn’t mean they can’t play with the big boys when it comes to things like HD video playback. A number of nettops launched over the past year or two have shipped with ATI or NVIDIA graphics capable of handling 1080p HD video and even Blu-ray decoding — although most have required an external Blu-ray drive if you wanted to go that route.