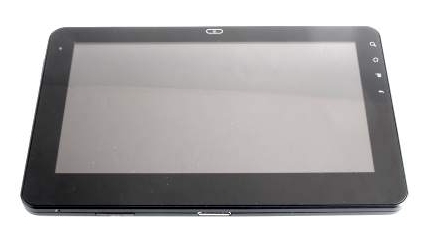 The ViewSonic G-Tablet is a 10 inch slate computer running Google Android 2.2. It might not dual boot Windows 7 and Android like the ViewSonic ViewPad 100, but that’s because the G-Tablet has an ARM-based NVIDIA Tegra 2 processor which should offer better battery life while still providing 3D grahics acceleration and support for Flash 10.1 and 1080p HD video playback.

Laptop Magazine reports that the ViewSonic G-Tablet will have a list price of $529, although it will likely sell for a bit less when it hits Radio Shack, Walmart, Costco, Sam’s Club, and other retail stores.

The $529 price tag might seem kind of high when Apple is charging $499 for the WiFi-only iPad, but I actually paid $529 for my Google Nexus One smartphone about 6 months ago when I bought it without a wireless contract.

You can check out a hands-on video from Laptop Magazine after the break.