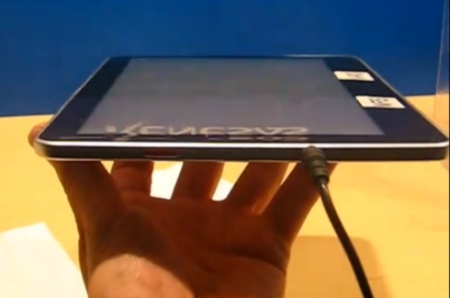 Think the 1.6 pound Apple iPad is a bit too heavy to hold in one hand? Intel showed off a new tablet based on the upcoming Intel Atom Z6xx series Moorestown chipset with GMA 600 graphics last week, and Chippy from UMPC Portal reports that it weighs just 0.9 pounds — or just over half as much as the iPad.

The tablet is called the NFS N-Pad, and it’s not entirely clear at this point whether it’s just a tech demo or a real product that could come to market soon. But the N-pad is thin, light, and has an x86-based processor which is capable of running Google Android, MeeGo Linux, or other operating systems, possibly including Windows.

You can check out Chippy’s hands-on video after the break.