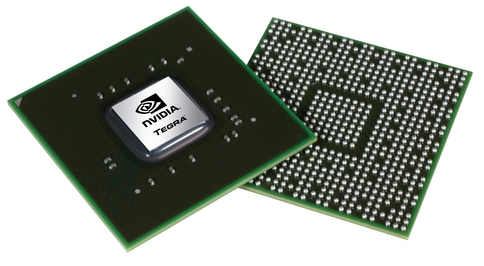 NVIDIA’s Tegra 2 chipset combines a low power dual core ARM-based processor with powerful graphics capabilities. The result is a low power platform that can handle 3D graphics and HD video playback. So far we’ve seen the Tegra 2 chipset in the Toshiba AC100 smartbook and upcoming Toshiba Folio 100 tablet, but not much else.

Now LG says it plans to bring a line of smartphnes with Tegra 2 chips to market later this year.

Right now the fastest phones on the market have Apple’s A4, Qualcomm’s 1GHz Snapdragon, or Samsung’s 1GHz Hummingbird processor. None of those are dual core chips. The upcoming LG phones sound like they’ll be multimedia powerhouses, as well as excellent little gaming machines.

On the other hand, LG probably should have proof-read its press release before announcing that “Tegra 2 includes the world’s first dual-core CPU,” because I’m pretty sure that’s not true.