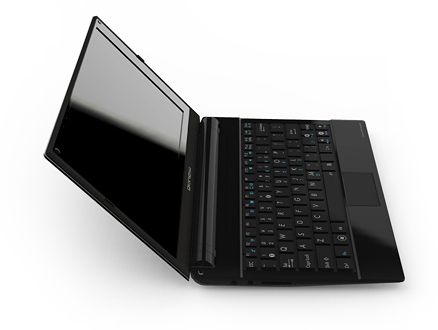 Want to get your hands on a smartbook with an ARM-based chipset but don’t feel like waiting for Toshiba or HP to bring their models to the US? Genesi USA has you covered.

The company has launched a mini-laptop with a 10.1 inch display and an 800MHz Freescale i.MX515 ARM Cortex-A8 CPU. The smartbook is called the Efika MX Smartbook, and while it may not have the fastest ARM-based chip around, it’s powerful enough to handle 720p HD video playback.

The device has a 1024 x 600 pixel display, 16GB of storage space, WiFi, Bluetooth, and an optional 3G modem, as well as a 1.3MP camera, SD card reader, and mic and headphone inputs.

The Genesi Efika MX Smartbook weighs about 2 pounds and measures about 0.8 inches thick. The computer runs Linux and uses less than 12 watts of power. It runs just $349, which sounds pretty good… until you realize that you can get  Windows 7 netbook for about $50 less. On the other hand, I have yet to find a Windows netbook at this price that weighs just 2 pounds.

via Blogeee and Netbook News